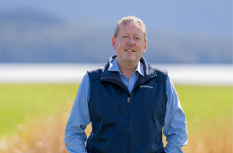 Kelvin Moylan was born and bred in the Winton area, educated at the local schools and went on to high school at Central Southland College.

Kelvin has lived in the Winton area all his life, which makes him a Southlander everyone can relate to.

Having been involved in real estate since 1994, three years as a personal assistant for his mother, Julie, and then for the last 20 years actively selling, Kelvin really knows what he is talking about. This experience and subsequent sales success regularly earn him company awards for his efforts. Placing number one in New Zealand for Residential/Lifestyle Unit Sales in the 2015/2016 financial year was a career highlight.

Kelvin is a "people person" and this clearly shows, with his expansive knowledge of who's who within his local community, also not to forget his sense of humour which helps make the process of buying or selling real estate a more enjoyable experience! His continued sponsorship of individuals and organisations makes him a very valuable personality in the local community. Kelvin is currently Board Chair of St Thomas Aquinas Primary School in Winton.

Sport is one of Kelvin's many interests. He follows horse racing and rugby, and is a regular at the Winton golf course. One sporting triumph for Kelvin was caddying for Phil Tataurangi to win the Eisenhower Trophy in 1992. This team also included the (then unknown) Michael Campbell.