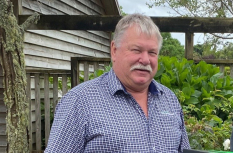 Mike McCullough’s background consists of nearly 19 years in the banking industry, ending up in Wellington as a Business Manager.

In late 1994, Mike moved to Tauranga, firstly into retail as a business owner and after five years moved into real estate in 2001.

From 1 August 2009, he was the Principal and Licensee at First National Real Estate, Bethlehem until 31 August 2011 and resumed again in February 2012 after a short stint in Brisbane.

In June 2014, Mike joined PGG Wrightson Real Estate as Sales Manager for the Bay of Plenty. Mike is proud to be associated with such an outstandingly successful brand.

Mike has completed further real estate studies for National Certificate and Branch Manager, and has completed papers to have his AREINZ plus the Diploma in Real Estate.

He has lived and worked in Wairoa, Masterton, Helensville, Taumarunui, Hamilton, Wellington and finally Tauranga for the past 24 years. His family has all grown up and flown the nest and his wife, Julie, after 27 years in management with Westpac is now with First Mortgage Trust Tauranga

Mike has been involved with Tauranga Sports Rugby Club as a player, premier team manager, committee member and club manager, managed the Colts team for three years, and is a supporter of ‘Golden Oldies’ rugby.

He enjoys fishing, when he can, and keeps track of his kids and grandkids overseas as best he can!!