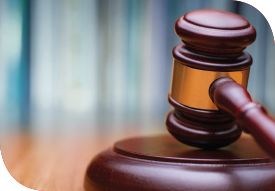 “Between 60 and 70 people were in the room, including four potential bidders. We were confident it would be a good sale and that confidence was confirmed well before a local farmer placed the winning bid. He intends using Springbush predominantly to finish sheep and beef, continuing to manage the farm much as the former owners did. In recent years, they have fattened 6000 lambs over the winter and 3000 over the summer, as well as letting additional dairy grazing contracts.

“Considerable interest was shown in this property while it was on the market. It is highly productive and has been immaculately farmed by successful farmers, who won the Hawke’s Bay Farmer of the Year award in 2007,” he said.

According to Doug Smith, the Springbush sale bodes well for a busy spring selling season for Hawke’s Bay rural property.

“Although July and August are usually quiet in the rural property market, that has not been the case this year with a quantity of local farms selling well, including a number that changed hands well above rateable value. Springbush was the latest in that trend.

“Local farmers are buoyed by attractive interest rates and excellent beef prices. Farm values are increasing and numerous potential buyers are actively looking for Hawke’s Bay rural property, including several from the South Island,” he said.