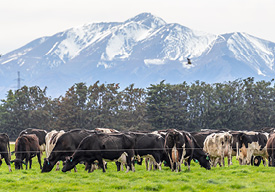 Originally from Scotland and having served in the Boer War, in 1908 Tom was a Christchurch hansom cab driver when his name was pulled out of the ballot for one of 29 parcels of land from the sub-divided Culverden Estate.

One of the original Canterbury runs comprising 10,800 hectares, the Culverden Estate was established by noted Canterbury pioneer and politician Sir John Cracroft Wilson. On the death of his son the estate was compulsorily acquired by the government. Its subsequent allocation received wide publicity, with 783 applicants registering for the sought-after farms.

When Rod was a teenager Tom was in his 80s, and had plenty of stories to tell, which his grandson was happy to listen to.

“Tom called the property Auchtercairn after a farm he had known on the West Coast of Scotland. Close to the Culverden homestead from its days as an extensive run, parts of the farm had been ploughed to grow oats for the horses, so Tom didn’t have to break it in from scratch, though there was no house so initially he lived in a tent,” says Rod.

Along with many of his neighbouring ballot winners, several of whom also held their properties down the generations, through persistent toil Tom Thomson gradually prospered in Culverden, passing the farm to son Roddy in 1950 who ran a Corriedale stud for many years, before Rod took over in 2005. Originally held under lease, in the 50s and 60s, as finances permitted, settlement leaseholders, including the Thomsons, took up the opportunity to purchase the Culverden farms outright.

Rod’s era coincided with major land use change in the district, ushered in by the Amuri irrigation schemes. 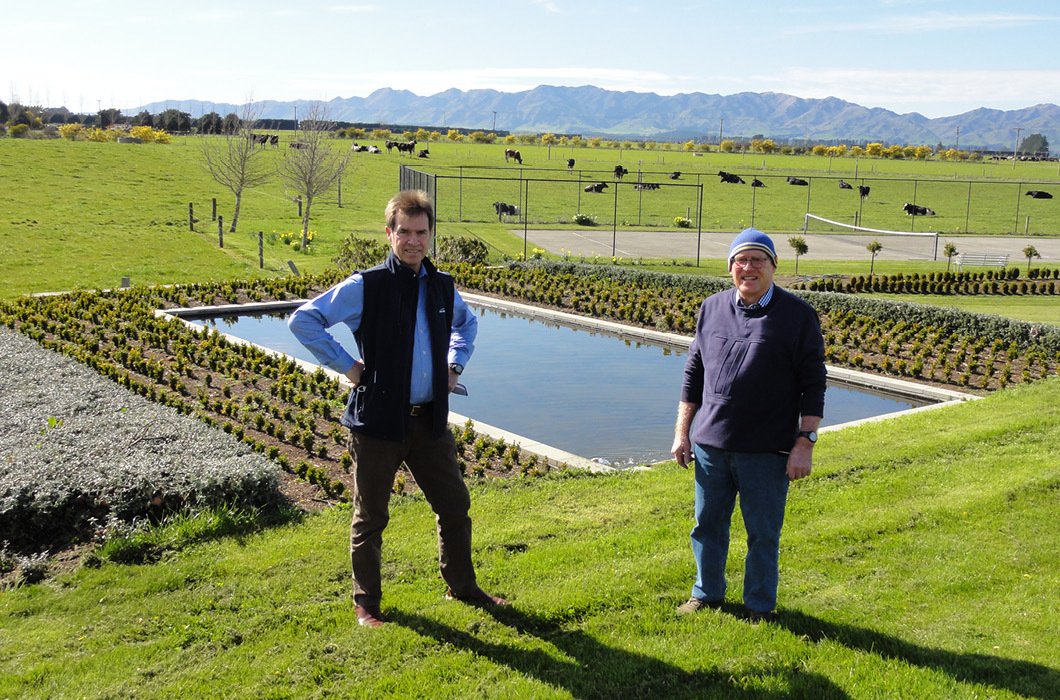 “What had been barren was transformed into lush green pastures. Constructed by the Ministry of Works in the late 1970s and early 1980s, the scheme was sold to the local community in 1991. Because most schemes were expensive the government wanted out of irrigation, though for us it was a positive step because our scheme was modern and profitable, so buying it was an easy decision,” says Rod, who as a member of the scheme’s farmer committee had direct insight into proceedings.

“We purchased a second block up the road at Red Post in 1977, which we converted to dairy in 1995. While several families moved on, for us going to dairy seemed the obvious thing, and that farm was one of a big wave of conversions that also brought several corporate owners into the district. We used the home farm for dairy grazing, then sold the Red Post farm and converted Auchtercairn, with our first full milking season in 2015/16,” says Rod.

Operated under a 50-50 sharemilking arrangement, the farm has milked approximately 830 cows for the past three seasons, averaging more than 400,000 kilograms of milk solids per annum.

Now 247 hectare Auchtercairn is for sale, under Peter Crean of PGG Wrightson Real Estate, Christchurch. Peter describes it as one of the region’s most exceptional dairy farms.

“With totally modern irrigation infrastructure, its location in the favoured Amuri Basin, a high specification 60 bail rotary dairy shed, a large assortment of support buildings, five houses, and an excellent record of productivity Auchtercairn ticks all the boxes. With strong current appetite for dairy investment, it will attract wide attention from motivated buyers,” he says.