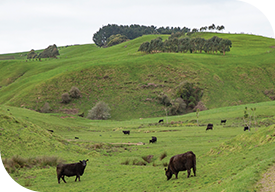 Demand for sheep and beef farms pushes prices up

Several sheep and beef farms have sold in the past few months with a lift in prices suggesting that confidence in the sector remains strong.

One thing that might hold back sheep and beef property transactions during the autumn is the sector’s own strength.

With the positive fundamentals in the red meat sector some farmers who might otherwise consider selling will be tempted to hold on and reap the cashflow rewards from the returns on offer. This may not be wise. Farmers pondering retirement would be well advised to act now in order to capitalise on the many willing buyers looking for quality farms this autumn.