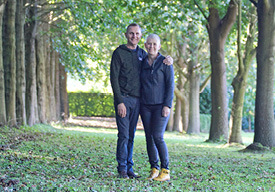 Born in Dunedin, environmental entrepreneur Deb Noller grew up in Waimate and Christchurch, before moving to Australia with her family in 1981.

With a technology background, Deb and her co-founder launched Switch Automation in 2012, aiming to make the world’s buildings smarter and more sustainable. Switch now has some 90 staff in six offices around the world, has helped its customers reduce carbon emissions by over 14,000 tons to date, and was named Australian Smart Building Solutions Company of the Year in 2018.

While growing her company Deb and husband Mark raised four sons, and although they were based in Australia, Deb frequently brought the family to re-visit her South Island roots.

“We came over for camper van holidays, tramps and several other trans-Tasman family adventures. Then, around 2016, Mark and I started planning our retirement in New Zealand, originally with Central Otago as our preferred location, either Cromwell, Bannockburn or Wanaka,” she says.

In early 2020, when they realised running a global business during a pandemic would be easier from Asia, they made a temporary move from Denver, Colorado to Singapore. As disruption from the virus continued, they managed a return to New Zealand in October 2021, albeit via a Christchurch MIQ hotel, where they spent their time in isolation scanning the lifestyle property market, which became frustrating.

“Central Otago was more difficult than we expected, so we broadened the net. Every time we found a suitable property, before we could even call the agent, it was already sold, and at crazy prices. We realised we were trying to enter a market that was too hot, so we started searching further and wider through the South Island.”

One of the first they found was in Pukeuri, eight kilometres north of Oamaru, architecturally designed and built in 2006 on a flat 1.6 hectare block, listed for sale by Ricky McLeod of PGG Wrightson Real Estate, Timaru. 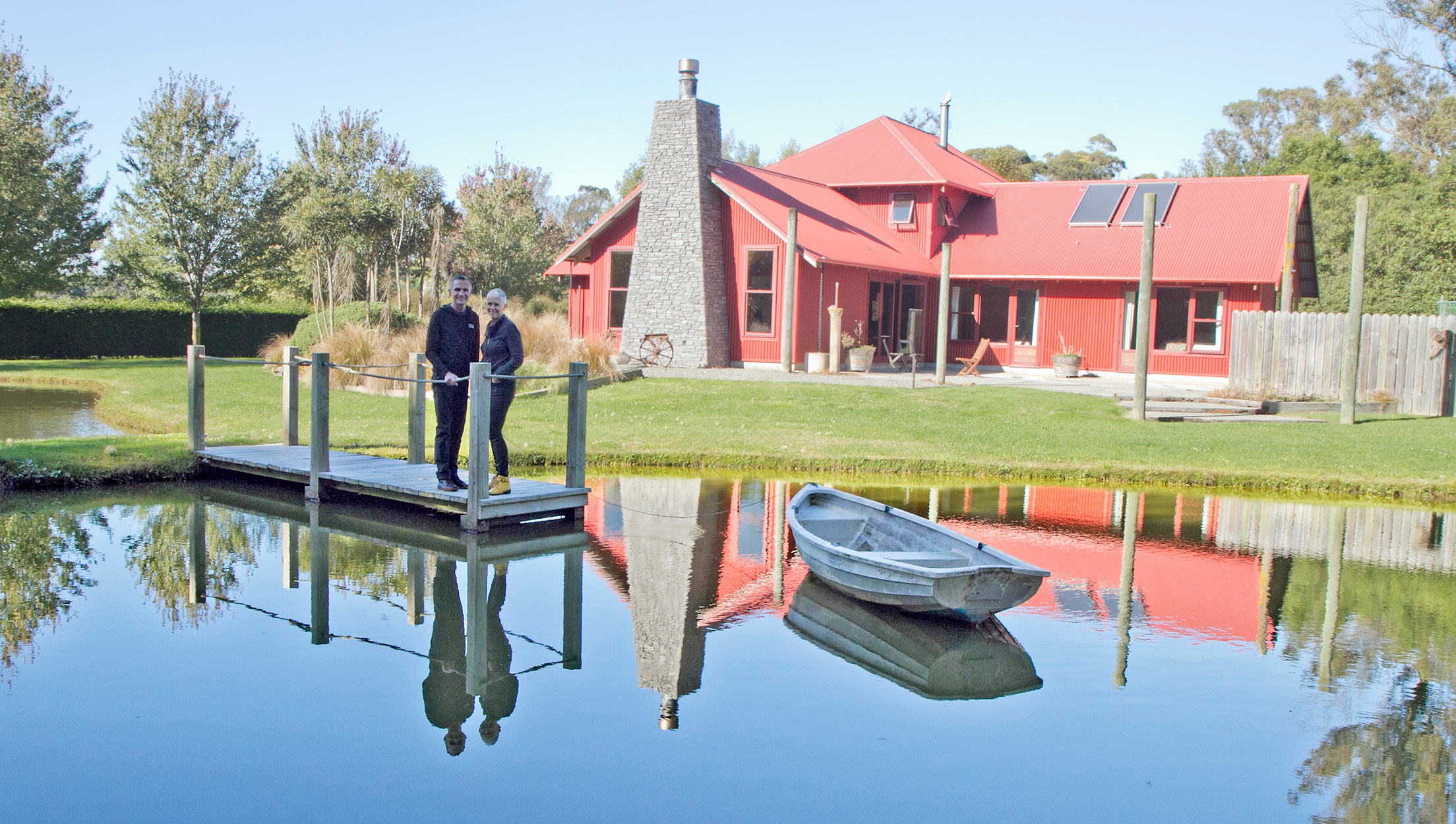 Consistent with the principles behind Switch Automation, Deb and Mark are fully focused on sustainability and decarbonisation.

“We wanted a home to hit as many criteria as possible around insulation and energy efficiency, so double glazing, underfloor heating, scope for solar power, as well as quality grounds enabling us to grow our own food,” she says.

After a long conversation with Ricky, they booked an inspection for the day they left MIQ. Having looked at the walk-through video, Mark was already excited.

“Ricky did a great job. My professional background is in property valuation, so I am used to assessing a property through video. Ricky’s walk-through was one of the best I’ve seen and gave an excellent impression of the property. After that, I just needed to feel the vibe of being here,” says Mark.

Deb was convinced as soon as they turned into the driveway.

“This has everything we were looking for, and although it wasn’t obvious at first, North Otago is a great location: central for both Queenstown and Christchurch international airports so our family can visit from Australia, funky cafes and restaurants, easy access to the rest of the South Island and a climate conducive to year-round cycling, which since we are mad keen cyclists, is an important requirement.

“And it’s a nice coincidence now to live 25 minutes from Waimate, where I spent six years of my childhood, and still have family” says Deb.

Despite completing the sale in December, leaving Singapore and finally starting their new lifestyle took another three months, although arriving in March meant they just avoided the need for another MIQ stay.

“We had previously planned to stay in Singapore for a few more years as the business continues to grow in South East Asia and expand into Europe. However, we realised New Zealand gives just as easy access to the significant opportunities for the business that we have in the United States, and in the modern world, living our best life, it is perfectly possible to run a global company like ours from North Otago.”