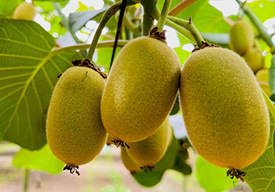 For the best producing, most sought after properties, in favoured locations, at the right altitude, and growing gold kiwifruit, transactions have reached the $2 million per canopy hectare threshold.

Five Te Puke kiwifruit orchards in a combination of green and gold varieties were offered for tender in early February by Stan Robb of PGG Wrightson Real Estate, Te Puke, selling as a whole to a partnership of well-established kiwifruit growers for $36.7 million, equivalent to $2 million per canopy hectare for the land planted in gold vines, comfortably exceeding the previous benchmark value of $1.8 million for a sale in December last year.

Then, in mid-March to underline the bona fide credentials of these values, Stan Robb sold two properties: of nine and 5.5 canopy hectares, both fully in gold kiwifruit, also at $2 million per canopy hectare.

Other recent sales include a 4.12 canopy hectare green orchard, which sold in early March for $3.4 million, or $824,000 per canopy hectare, a new benchmark for green and a 62 percent increase on the previous time the same property sold, two years ago. At around the same time, a 0.5 canopy hectare gold orchard, with a house and shed, sold at auction for $1.96 million.

“Orchards with particular productivity, water, altitude, infrastructure, and location are in extreme demand. For the five properties sold in early February, we received more than 20 tenders, all close in value, resulting in at least 15 unsatisfied parties. Although some of that demand was met by the subsequent sales in March, some of those potential buyers remain active.

“There is no shortage of competition for the very best properties, particularly at this time of the year, with the crop just hanging there.

“Whether the market is exhausted for now remains to be seen. Willing buyers are still looking. Whether we can find willing sellers prepared to meet them, even at these prices, we shall have to wait and see,” said Stan. 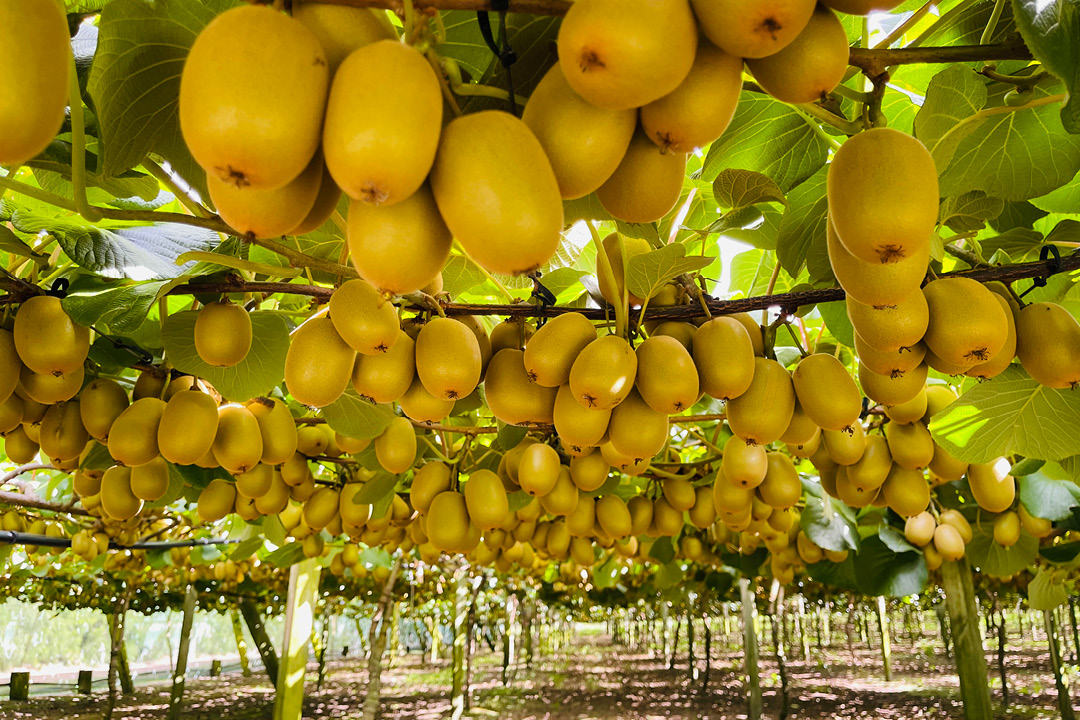 “Only relatively few buyers can seriously consider purchasing a property of this size. However, we received at least half a dozen tenders, all at a similar level. Offered as two separate adjoining titles, the vendor preferred to sell the orchard as a single entity, which influenced the decision on the successful tender,” said Dave.

For the 2020/21 season, Zespri reported the average orchard gate return for SunGold was $12.46 per tray, and $177,846 per hectare. However, the more successful orchards are capable of doubling that performance.

Although kiwifruit land values continue to rise and rise, 11 years ago prospects were starkly less appealing. When the Psa virus hit vines in November 2010, grower confidence and property values went into freefall. Pre-Psa, in the first seven months of 2010, 80 kiwifruit orchards changed hands, while from January to July 2011, the equivalent figure was seven. At that point, for the few orchards that changed hands, prices were on par with bare land blocks.

By late 2013 control and containment measures for the Psa virus were proving effective and prices for orchards began to re-energise. Initially, however, because gold kiwifruit had been hit hardest by the virus, green kiwifruit orchards sold better. By the end of 2013, the benchmark value for gold orchards was $300,000 per canopy hectare. Some growers were achieving a 25 percent return on investment at that value, however, there was still plenty of room for growth. Within a year the benchmark had climbed to $450,000, by late 2015 to $600,000. In early December 2016, a few weeks after an 11.5 hectare Te Puke property sold for $7.68 million, a recently developed 6.2 hectare orchard in the Te Puke-Paengaroa area was the first to hit the $800,000 per canopy hectare mark.

Within a year, the $1 million barrier was reached when a 5.76 canopy hectare Te Puke property sold for $5.76 million in October 2017. In early November 2018 a 5.02 canopy hectare Te Puke gold kiwifruit orchard at optimum altitude, with early start fruit and producing around 20,000 trays per hectare, therefore commanding premium returns, sold at auction for $6.135 million.

In June 2019 one of the country’s largest and best kiwifruit orchards sold for a value equating to $1.25 million per canopy hectare for the gold kiwifruit portion.

Since covid, however, values have accelerated once again. By late winter 2021, low interest rates and hesitancy around other assets resulted in fully developed gold kiwifruit orchards in the most sought after Bay of Plenty districts selling at $1.7 million per canopy hectare.

Values rising yet again in the past few weeks continue that seemingly unbounded trend. Now, they have reached a point where more orchardists are willing to cash in.

Demand for licenses to grow gold kiwifruit, issued by Zespri, is likely to remain elevated this year, particularly with the available licenses reduced from 700 hectares last year to 350 in 2022. Last year the median price to grow a hectare of gold kiwifruit was $550,000, up from $400,000 in 2020.