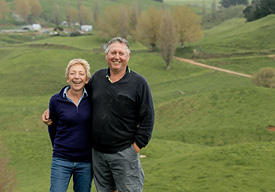 A South Waikato dairy farm in the same family for 93 years is for sale.

Trevor Kenny of PGG Wrightson Real Estate, Matamata is bringing 347 hectare Karanama to the market on behalf of third generation owners Andrew and Sue Main. Located 27 kilometres east of Cambridge and nine kilometres west of Tirau, Andrew’s grandfather John bought the farm in 1928, when it was little more than scrub, as he explains.

“John’s brothers Bert and Ron also farmed around Tirau. Their grandfather, Ambrose Main, settled near Hamilton in the 1850s, so through the generations the family has been a big part of the district. John broke in Karanama to farm sheep and beef cattle. Back then it was mainly scrub and twice its current size, though that reduced after the war when some of the farm was taken to rehabilitate returning soldiers.

“At the time farming was fully reliant on draft horses. That generation had teams of horses and large stables. We were still using those buildings on the farm until a few years ago, though I grew up on farm bikes,” he says.

Andrew’s father Dennis took over the farm from John in 1965. Andrew was only 23 when Dennis died, in 1988. Initially he managed the farm for his mother Aileen, before taking it over on his own account. 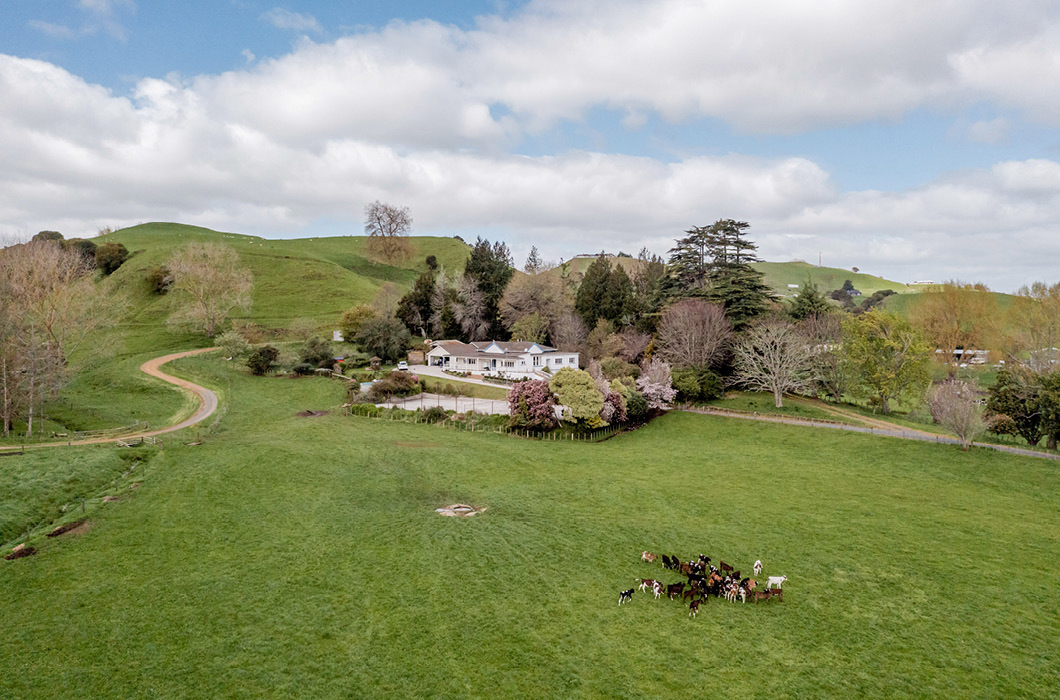 Major economic reforms were affecting farming at the time, which helped persuade Andrew that the future lay in dairying.

“At the time, other South Waikato farms were going the same way. Our accountant suggested we should think about it, and banks were lending money to help make the change. We ran 3000 ewes then, and converted 200 hectares of the farm to a dairy platform. Even though we still have a few sheep running around, dairy accounts for 95 to 98 per cent of farm activity and we also keep our heifers on the farm,” says Andrew.

Working with stock is what Andrew most enjoys about farming, alongside developing Karanama.

“Reflecting on where the farm is now compared to 30 years ago I am proud of what we have achieved, although Karanama has supported our family for much longer, which is even more satisfying, including giving the next generation an opportunity to become established,” he says.

Andrew and Sue’s son, another Dennis, has managed Karanama for the past few years, while daughter Libby is also working in the dairy industry. However, the Mains have decided that the time has come to move on, which Trevor Kenny says presents an outstanding opportunity for a new owner.

“Location and scale make this a highly attractive property. Aesthetically it is one of the best in one of the country’s most sought after dairying locations. A successful dairy farm since 1995, it has averaged 185,000 kilograms of milk solids per annum for the past 15 years from 500 cows.

“In addition, it offers opportunities for future land use change, including some parts of the property that would suit horticulture; up of 20 hectares of pinus radiata on the steeper contour, with further scope for carbon farming; the potential to sub-divide smaller parcels for lifestyle property with minimal impact on the farm’s overall production; and longer term additional options for sub-division due to its favourable location,” said Trevor.

Karanama is for sale by Auction, unless sold prior, to be held at 1pm, Friday 5 November at PGG Wrightson Real Estate, 87 Duke Street, Cambridge.