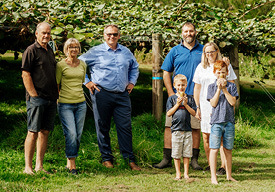 After chasing the Bay of Plenty lifestyle dream for four years, Matt and Sarah Strahan were beginning to wonder if they would ever find a property to fulfil those hopes.

Meanwhile Frances and Roger Dunham, who had taken on an organic kiwifruit orchard in December 2000, were reaching the stage in life where they were ready to make their next move.

Organising the introduction, Anton Terblanche of PGG Wrightson Real Estate, Tauranga, who came on board to market the Dunhams’ 5.5 hectare Pyes Pa property in December 2021.

Roger Dunham says he and Frances thoroughly enjoyed their 21 years on the property.

“Back in 2000 we wanted a lifestyle with an income. I was halfway through a teaching career. This worked out fine for us. I have enjoyed the challenge of managing an orchard. We decided to run it ourselves, rather than contracting it out. Ensuring all the tasks are done correctly has been a responsibility, though we have stayed on top of it and the financial rewards have been excellent,” he says.

Those responsibilities include mowing, re-planting to replace ailing vines, pest control, pruning and harvesting, though the latter is contracted to pack house company Apata. Despite the PSA virus hitting many kiwifruit growers in 2010, the Dunhams came through largely unscathed, only losing a few of their male plants, though in the meantime they have converted to the more productive chieftain variety of males, anyway.

They have also converted 1.15 hectares of the orchard, originally planted in 1983, to the more lucrative SunGold variety, where new vines are grafted onto the existing rootstock; they purchased an approximately one hectare neighbouring orchard; and built a new house in 2009, replacing a homestead that dated back to the 1920s.

Roger says keeping the orchard’s organic status, which rewards them with a premium price for their fruit, is fairly straightforward.

“Doing the annual audit only takes one day, though you do have to prepare for it and remain aware of it the rest of the time. Apart from that, there are regular tasks that come up through the year, though we have good systems for that after two decades,” he says. 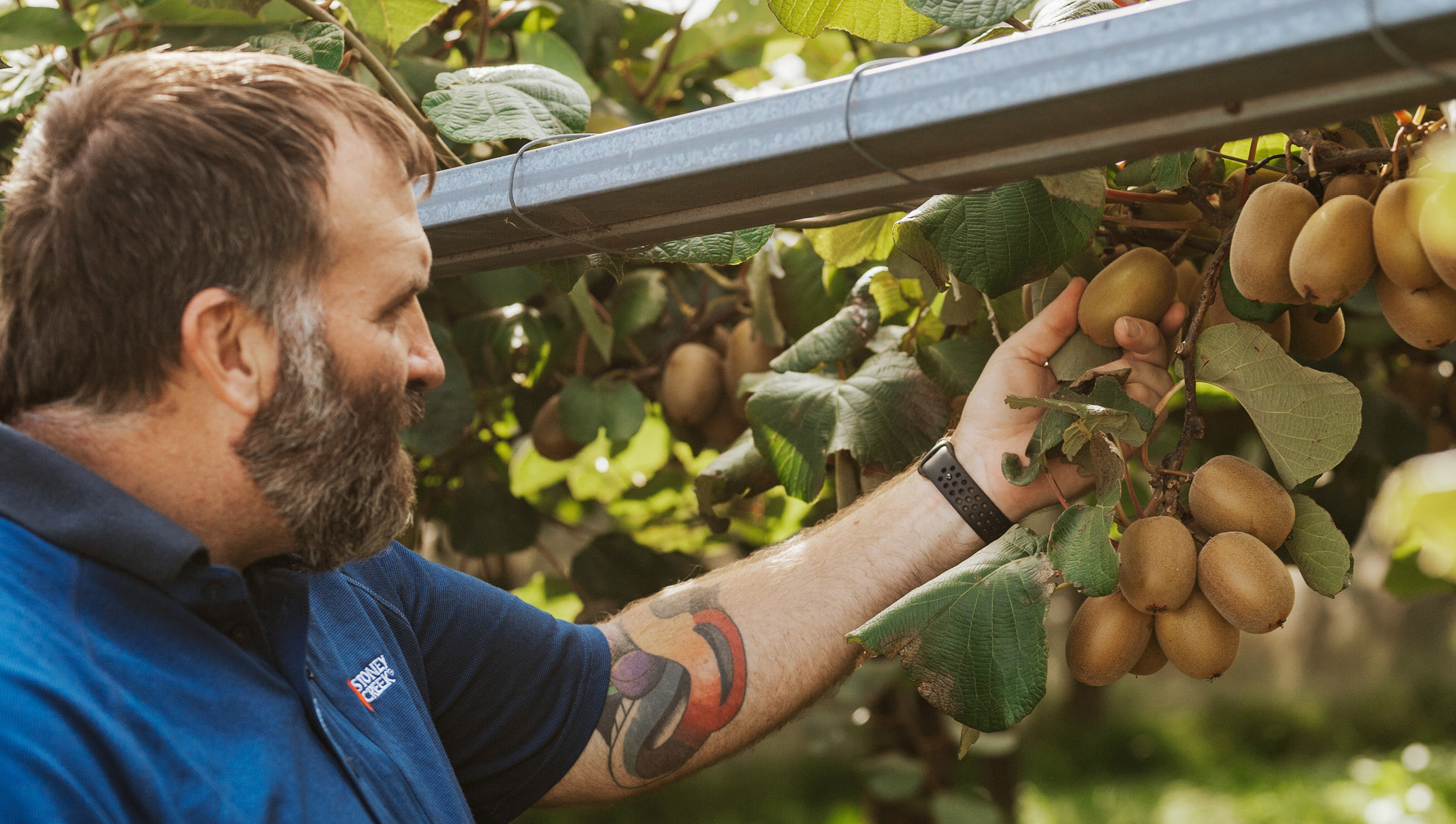 Now it’s time for Matt and Sarah to take on those responsibilities. They both grew up in rural communities and want to give similar experiences to their sons Hunter and Alex, as Matt explains.

“We have been Bay of Plenty based for 11 years, living in Tauranga. For several years we’ve looked for a lifestyle property with kiwifruit. With the way values in the market have been going, prices rising markedly, our capacity to buy wasn’t improving,” he says.

Anton had dealt with Matt and Sarah previously when they were looking at other properties. When he listed the Dunham’s orchard, he contacted them.

“Anton is a good clear thinker, and an honest, genuine person. When we had a look through, we quickly realised it was the right fit for us, and would help us achieve the goal we had set as a family,” says Matt.

Sarah is a primary school teacher, and Matt works for an agriculture chemical company, which provides him with a good understanding of crop protection practices, and he is keen to maintain the orchard’s organic status.

“We have previously owned a one third share of an organic kiwifruit orchard with immediate family. When farmed well and proactively, premiums for organic fruit ensure returns are just as good as for a conventional orchard. In our industry, there has been a real drive to find new, effective and softer solutions. While that wasn’t necessarily the case a couple of decades ago, it’s great to be part of a company that has been building a portfolio of organic products over several years. We have several organic options at present and plenty more coming down our pipeline.

“We found Roger and Frances great to deal with during the purchase and wish them all the best in their new property” says Matt.

Returns for gold kiwifruit have gone from strength to strength in recent years.