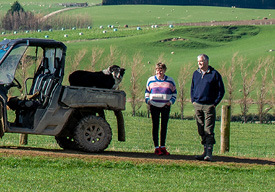 Southland farm a testament to 65 years of family determination

Douglas Falconer was 23 years old in 1958 when he first leased land in Waimumu, west of Gore.

Although Douglas was from local Southland farming stock, he was committed to standing on his own two feet, and started farming with nothing more than a drench gun, a handpiece, and a bottomless barrel of determination. In the beginning he leased stock, bought a Fordson tractor and basic plant, then purchased one line of stock each year.

Duncan says the land, which Douglas started purchasing progressively from 1963, sits in a district that averages 1200 millimetres of rain annually.

“That comes with challenges. To build a profitable farm you have to start under the ground and move up. First the drainage has to be right, then the soil fertility, fertiliser programme, subdivision, pasture maintenance, and genetics. They are all building blocks to improve on, and all have to be right for the farm to succeed.

“For this property the big challenge for our family was to turn average country into better producing land. That required decade after decade of reinvesting profits into the farm. Starting with my parents, they were determined to keep improving it and keep it heading in a better direction. We are immensely proud of where it has come from to where it is now, which has taken a huge amount of hard work, with the whole family pulling in the same direction,” he says. 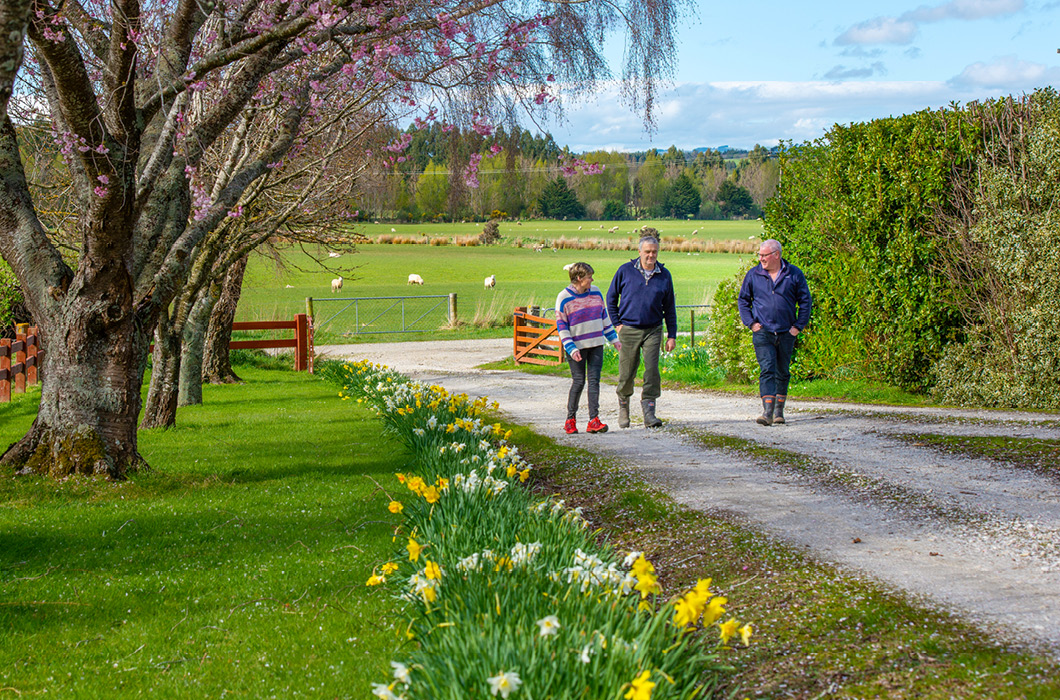 In 1960 Douglas married Evelyn, who joined him on Craigie Glen Farm, which they named from a combination of farms held in previous generations of each of their families. Duncan and Kerralie gradually began taking over in the 1990s, one block at a time, working their way in as equity partners, which as the farm is in seven separate titles was a relatively straightforward process, putting in place Douglas and Evelyn’s succession plan.

“My parents were ahead of their time and realised they needed to plan with the whole family in mind. Doing that well is a big part of many conversations in farming nowadays. For us it was a positive process. Everyone is entitled to sit down around the table, have an opinion, and talk it through,” says Duncan.

Douglas passed away in 2020, while Evelyn still lives on the farm, though the latest family decision is to head in a slightly different direction, while remaining in farming.

Derek Ayson says the legacy they are ready to pass on is exceptional.

“Excellent stock production and outstanding farm presentation are a testament to the Falconer family’s hard work on Craigie Glen Farm. Around 4500 ewes are carried through the winter with 3900 ewes lambed, plus the extra 600 sold in-lamb, and 130 to 150 calves are bought in the Autumn, wintered, then sold the following Autumn. Extra store lambs are bought in to finish if the season allows. While no deer are on the property at present, the facilities are all there and ready to go,” he says.

Duncan takes particular satisfaction in recently completing the lane system, a water scheme, shelterbelts and other infrastructure, all coming together to lift production while making the property easier to manage

“Originally waste areas around old lignite mines, we worked hard to turn those parts of the property into duck ponds with surrounding wetlands. Enhancing an area into wildlife habitat adds a great recreational aspect to the farm.

“With the covenant, what was previously scrubby gorse and elderberry has transformed, with the birds carting seed in to regenerate it as native bush. To see what it has come from to what it is evolving into is very pleasing: it’s definitely heading in the right direction.

“Both the ponds and the bush reserve provide a real sense of satisfaction,” says Duncan.

And like the rest of the farm, all built up from a drench gun and a handpiece.