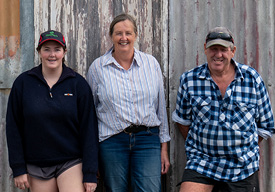 Graeme Harris claims he is New Zealand’s laziest farmer. “I’ve never worked a day in my life,” he says.

Anyone looking at Graeme and wife Gillian’s immaculate Coldstream, Mid Canterbury arable farm Terrace View might disagree. Graeme however is sticking to his story: “When you love something as much as I love farming, it’s not work, it’s pleasure.”

Gillian has a family tale about the young Graeme that makes a similar point.

“According to his Mum, one of his early primary school teachers saw he was distracted in class one day, and said: ‘What’s the trouble, Graeme?’ He told her he was worrying about what his Dad was doing on the farm, so the teacher phoned home to find out what Dad was up to that day.

Once the teacher let Graeme know, he was happy to concentrate properly on his schoolwork again.

“He never had teddy bears then, he had toy tractors, which he took to bed, and fell asleep playing with them,” says Gillian.

“Everyone knew I was going to be a farmer as soon as I popped out of the shell,” says Graeme.

“Along with another brother and sister, they left the rest of the family behind in England. They wanted to settle in Australia, though fortunately came to New Zealand instead. They were butchers and worked at the Fairton freezing works, saving to buy the farm.

“Back then the land was swampy. They put in a lot of tile drains,” says Graeme.

Graeme’s father Pete and mother Jill took over the farm in 1964, then in 1982, Graeme went into partnership with Pete before taking over completely in 1996. In 1989 Graeme’s brother Warren and wife Suzanne bought a neighbouring block and they all farmed as a partnership until 2005.

“I was always going to be an arable farmer. I was never a livestock person. That was Warren, who took after Dad more. We worked well in partnership, though split up amicably.”

Warren converted his half of the farm to dairy. 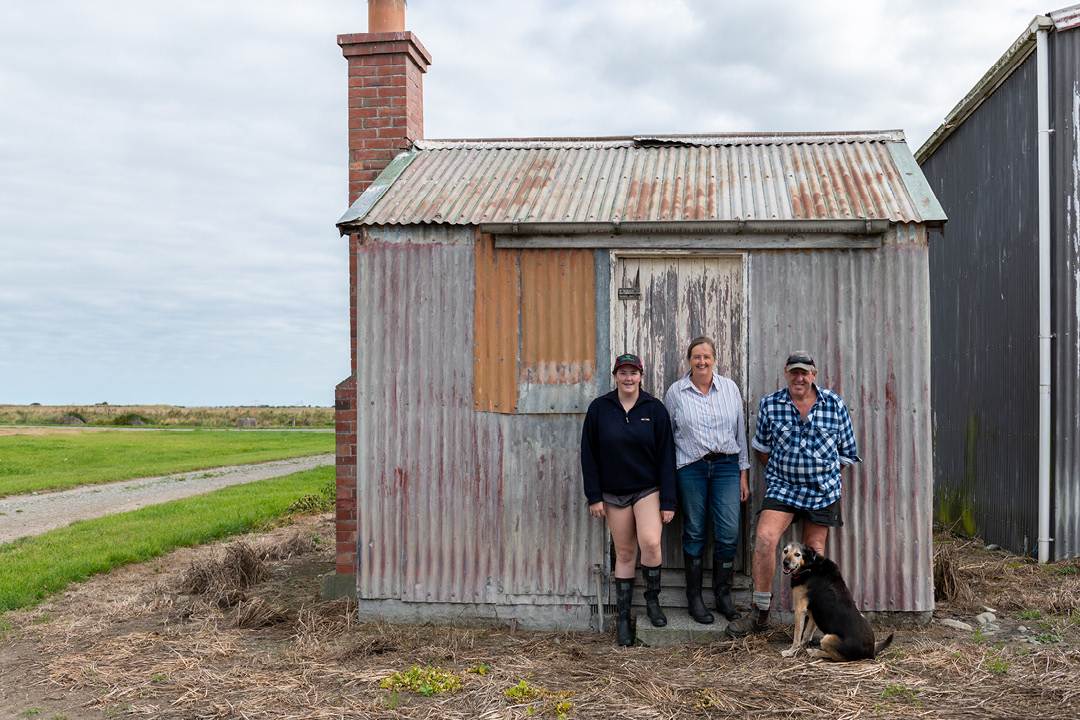 Graeme and Gill stopped breeding stock, though still finish lambs, bringing them in from April, then selling by October. Although their Farm Environment Plan allows for winter dairy grazing, they focus more on lambs. Otherwise they concentrate on cropping: wheat, barley and oats to ryegrass, rape, lucerne and vegetable seeds.

“Some crops are high value and high risk. Some years they come off and make good money, other years not. I like that challenge. This year has definitely been a challenge, though we take it in our stride.

“The first combine on the farm was a six foot Case bought in the early 1950s, pulled behind the tractor. Grain was bagged off the header, bags were sewed up by hand and stored in the shed. Our first silos went up in the early 80s, with capacity for 35 tons of wheat. We thought the silo was huge, and took all day to fill it. Now we fill it in 90 minutes,” says Graeme.

“Grandad was one of first in the district to irrigate, in the early 1950s. He irrigated lucerne, making hay for winter. Since then we have come a long way. We have spring fed water plus shares in the Mayfield Hinds Valetta scheme. We built a pond to ensure a secure water supply. It gives us reliable, good value irrigation.”

Recently water has taken on an additional role.

“We worked with John Harding of the University of Canterbury on riparian planting and with macrophytes. Using us to experiment, he developed tools to improve environmental practices. I was hesitant at first, though now I’m pleased we did it. Farmer groups visit the project and have come on board, doing the same for themselves,” says Graeme.

They also have a 0.9 hectare QE2 covenanted area of original native flax and rare plants: a Canterbury Plains rarity.

“We want to leave the land better than when we came onto it,” says Gill.

When Graeme met Gill she was nursing in Christchurch. Originally from a Southland sheep and beef farm, they married in 2002. Their daughter Sara is now at university in Christchurch. Gill stays involved with the stock, and the couple talk through the big decisions.

Their biggest recent decision is to sell the farm. Although Graeme loves it as much as ever, they decided it is time to move on in their lives. Tim Gallagher of PGG Wrightson Real Estate, Ashburton is presenting Terrace View to the market. Tim says it is well set up and presents extremely well for sale, even after this trying season we’ve had.

“Mid Canterbury arable farms have some of the country’s most fertile soils. Cost-efficient irrigation makes them highly sought after. At 294 hectares Terrace View is no exception: most of the farm is spud country.

“Established Mid-Canterbury farming families understand the value of these properties. Those looking to expand holdings, or progress succession plans for the next generation, will see this listing as an excellent opportunity,” says Tim.

Once the Harrises sell, Gill wants Graeme to take a holiday.

“He’s never had a summer holiday, in 47 years on the farm. He’s always too busy to take time off, either heading or shifting irrigation, there is always something to do” she says.

Because he loves it so much though, Graeme reckons he doesn’t need a holiday: he says he’s been on holiday the whole time.