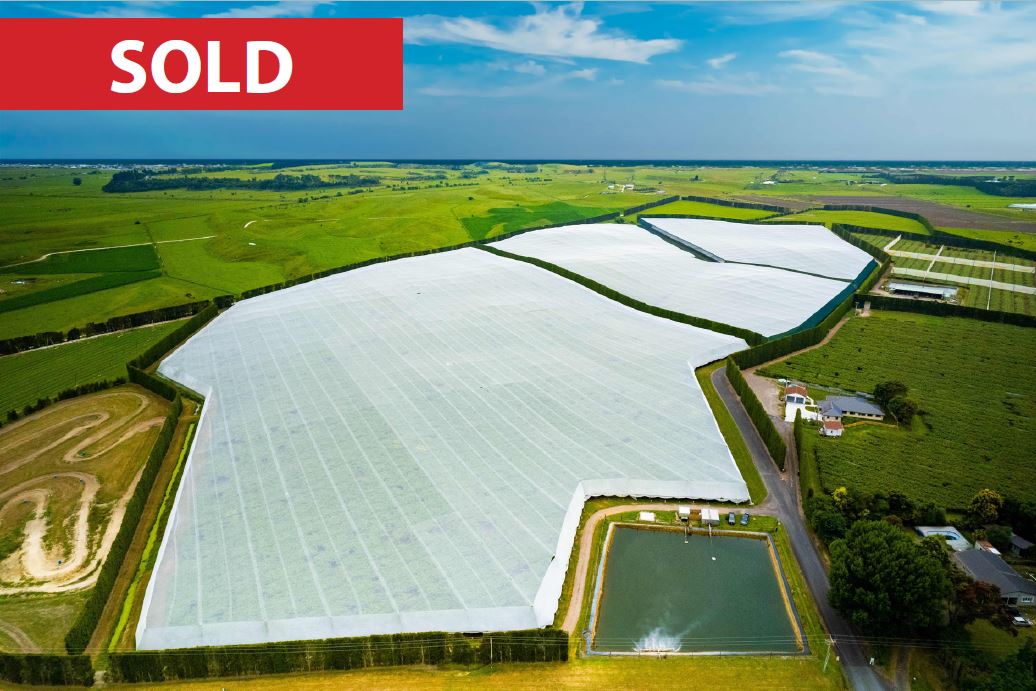 Two recent large sales have established a new benchmark for highly sought after Bay of Plenty gold kiwifruit orchards, including the first transaction valued at $2 million per canopy hectare.

Five Te Puke kiwifruit orchards in a combination of green and gold varieties were offered for tender in early February by Stan Robb of PGG Wrightson Real Estate, Te Puke, selling as a whole to a partnership of well-established kiwifruit growers for $36.7 million, equivalent to $2 million per canopy hectare for the land planted in gold vines, comfortably exceeding the previous benchmark value of $1.8 million for a sale in December.

Stan Robb said the sales have encouraged other orchard owners to test the market’s strength.

“Orchards with particular productivity, infrastructure and location are in extreme demand. For the five properties sold in early February we received more than 20 tenders, all close in value, resulting in at least 15 unsatisfied parties who remain able and motivated to purchase.

“There is no shortage of competition for the very best properties, and now is the optimum time to sell, with the crop just hanging there. As a consequence some additional orchards of the same or superior quality have come forward for sale, including three exceptional Paengaroa orchards totalling 26 hectares, likely to test even the most elevated recent values. Market activity should continue at this level into the autumn,” said Stan.

“Only relatively few buyers can seriously consider purchasing a property of this size. However, we received at least half a dozen tenders, all at a similar level. Offered as two separate adjoining titles, the vendor preferred to sell the orchard as a single entity, which influenced the decision on the successful tender,” said Dave.

In November last year an 11.5 canopy hectare Paengaroa gold kiwifruit orchard sold for $20 million, equating to $1.74 million per canopy hectare, which at that time was a benchmark value. At the higher end of the productivity scale, orchards growing gold kiwifruit achieve between $250,000 and $300,000 per hectare orchard gate return, almost double the Zespri 2020/21 average.