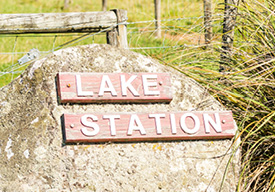 Property Express: One of Tasman’s ‘Best’ Changes Hands for First Time in 86 Years

A farm rated as one of the Tasman region’s best grazing properties sold in January for the first time in 86 years.

Mal and Doug McConochie farmed 1009 hectare Lake Station, 10 kilometres west of St Arnaud in a family partnership with their wives Ingrid and Jane. Mal says when his grandfather Alex first took on the property in 1936, the banks were not interested.

“He was unable to raise a mortgage from any of the banks, who were not prepared to lend him the money to buy the farm. Even his brother, who was an assessor for State Advances, wouldn’t recommend him for a loan, which left that relationship a bit tense for a few years. Although he did raise the money eventually, Alex refused to ever allow a bank manager onto the farm from that day on,” says Mal.

When nobody else would support him, Alex borrowed the money to buy Lake Station from Levin and Co, which later became part of National Mortgage, one of the companies that merged over the years to form PGG Wrightson, making it apt that Joe Blakiston of PGG Wrightson Real Estate, Blenheim handled the sale of the farm for the McConochies.

“First impressions count, and this property creates those in abundance. Comprising mainly extensive river flats and elevated terraces, with predominantly developed pastures plus some steeper hill faces and native bush, it has been conservatively farmed. Between 65 and 70 percent of Lake Station is mowable,” says Joe.

Since Mal took over the management of the farm in 1977 he says the most satisfactory achievement has been raising the lambing percentage from the 90s to between 150 and 160. He has also followed a recommendation of grandfather Alex, who told him: ‘always embrace technology.’ 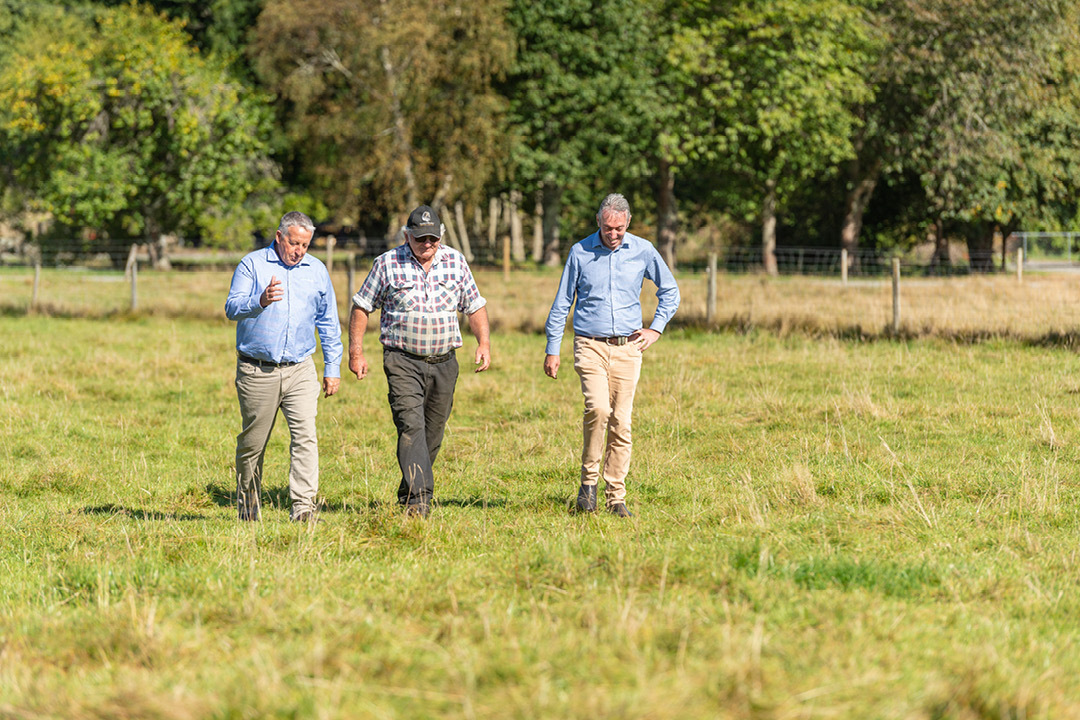 “We achieved much greater productivity after we started direct drilling, doing away with 400 to 500 tractor hours per year. When you think things might be tight in the winter, you can whip out another paddock and put in a crop. That would be impossible if you had to cultivate.

“We’ve also concentrated on genetics, aiming for sheep and cattle fertility and growth rates: two things that will make you money. Make sure your ewe or cow is in lamb or calf, then that the progeny can grow as quickly as possible. That has absolutely been our focus, both with sheep and Herefords,” says Mal.

Lake Station, which includes the local airstrip and the home of Nelson Lakes Gliding Club, was originally the homestead block of a much more extensive property in the 1800s, which included all other farms in the valley. The McConochies have retained a 160 hectare portion for themselves, which includes bush and wetlands, aiming to build a home, run a few stock, and maintain ties to the local community that the family has been part of for four generations.

Greg Lyons says Lake Station attracted strong interest when offered to the market in the spring.

“This was the largest genuine pastoral property offered for sale in the top of the South for many years. Marketed via a deadline sale process, we received an excellent response from across New Zealand, including multiple offers, reflecting Lake Station’s fine quality, and illustrating the high levels of confidence in pastoral farming at present,” says Greg.

New owner Hadleigh Bognuda grew up on a farm at Gladstone, Wairarapa. Last year the start-up company he led, developing software for veterinary practices, sold successfully. Hadleigh is committed to investing a proportion of the proceeds into agriculture, including the purchase of Lake Station. He plans to appoint a farm manager able to use technology and regenerative farming practices to continue the 86 year legacy the McConochie family established on the property.

Also a keen glider pilot himself, Hadleigh flew the approximately 375 kilometres from Omarama to Lake Station on the day the purchase was finalised. He looks forward to continuing the property’s relationship with the gliding fraternity.